Social Media is the preferred venue for building brands today. Lots of businesses are using this new medium to its full potential, and making the most of it. However, for some, it can rapidly become a brand crushing nightmare. Branding is a common theme here at MuchSocial. While we normally look more at the “How-To” of Branding, this post will be a departure. Let’s take a look at a few things NOT to do.

There have been some high profile cases recently involving some big name brands. As always, when I do a case study, that shows a company in a negative light, I will not post the company name. There is no need to further damage the reputation of a brand here. Instead, we want to focus on the lessons that can be learned, and be sure we don’t make the same mistakes. And when we do make mistakes, we should know how to handle them. 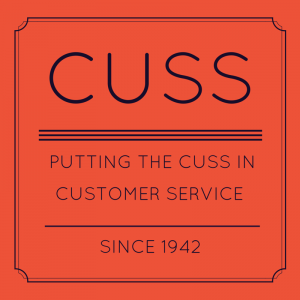 Twitter is littered with examples of customer support, both good and bad.

One mistake I’ve seen made is setting an automated response to any mention of your company name. While this may sound like a good idea, the following is a frequent result:

@XYZCompany has an auto reply set to say: “Thank you for supporting XYZCompany. We look forward to working with you”.

Who else here sees an issue with that? Just Google “bad social media customer service” and you will find tons of examples like this and others.

Bad Reviews are a part of doing business. You can’t please everyone, and trying to do so will drive you insane. There was even a recent scandal with Yelp giving a higher priority to negative reviews, which caused a major backlash and several lawsuits.  Last I heard, the suits didn’t work. The judge ruled that Yelp has the right to order their results in whatever way they see fit, and I tend to agree. 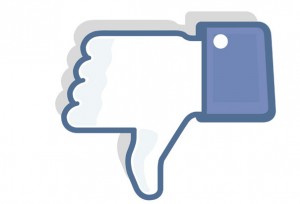 Sure, it would suck if one negative review got bumped above 100 positive ones, and you lost business over it, but Yelp is a private company. They have the right to run that business as they so choose. Now, if the market decides to quit using them as a result, then that’s fine too. The free market has done exactly what it does best, weed out the nonsense.

There are a few ways people deal with negative reviews.

Gary Vaynerchuk is a pro at this. The dude lives on Twitter, and whenever he sees a negative review, he actually invites that person to get on a 10 minute phone call with him so that he might have the opportunity to make it right. Now THAT is superb customer service.

This on is not specific to Social Media, but you do see it a lot. You have to brand yourself, but being overly promotional will get you ignored faster than anything.

There is a reason why we focus on personal branding so much here at MuchSocial. We are currently putting together a program called “MuchSocial Academy”, and there is a reason why Module 1 is titled “Branding YOU First”. If you ever hope to be successful with any business online, You must build a Brand. In doing so, you do not want to brand yourself as a spammer.

I see it every day. People jump into Facebook groups long enough to copy/paste a spammy message then run off to the next one. My group, Post Promote Profit, gets hundreds of such posts daily. We have set it so that new threads are moderated, except for those whom we trust are legit, so we actually have to look at every thread that is posted to the group wall. We have clearly defined rules as to what’s allowed, so some still get through that are complete nonsense, but some are SO bad that I just can’t bring myself to allow it.

If you take a look around at some of the “Post your links here” type groups on Facebook you will see what I mean. The shameless self promotion is rampant. And some people don’t even put any effort into it. They’ll add posts like some the followin:

“Looking for 3 highly motivated individuals to join my team today”

News flash. Anyone who is highly motivated isn’t looking at Facebook groups hoping for an opportunity to fall in their lap.

That’s it? Really? I don’t see anyone reading that and thinking, “Hey, just what I was looking for, someone I don’t know to be my business partner”. No thanks.

Do you want a lesson in what to post on your Facebook page? Not to sound boastful, but come by the MuchSocial Page. We share tons of content, from other people, daily. Then, when we put out a blog post, like this one, we post it on there as well. Every once in a while, you’ll get a promotional post for something we are selling, but it is almost entirely content. Everything posted to that wall is something we think is of value to You.