Skip to content
Search
Home > Blog > An Electrifying Rivalry | Edison vs Tesla
There are many lessons to be gleaned from the rivalry between Nicola Tesla and Thomas Edison.  I won’t get into the rivalry, or their particular contributions at this point. We can save that for another time. Edison vs Tesla is a rivalry for the ages.

Today I want to look at the personality traits that drive these men to accomplish the things they did, and to end up the way they did.

There is no argument that Nick and Tom were both brilliant. Each had his strengths, and weaknesses. Both made countless contributions to humanity, yet one died a hugely popular person who was looked on extremely favorable by historians. The other didn’t start to get the credit he was due until decades after he died broke, alone and uncelebrated.

Each man had numerous ideas, yet very different ideas about how to implement them. Both people hoped to change lives, and the world. But there was one very big difference, their concepts of how to pay for their respective projects.

Tesla’s model revolved around raising money in a sort of donation type method, and doing all the work himself, in 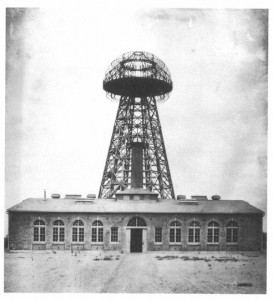 an attempt to provide for the masses. He went to his grave believing that electricity could, and should, be free for all.

Edison had a different approach. His method involved using capital to hire a team of individuals who conducted the experiments and developed various products. Then, these products were turned into items to be sold, the revenues from which helped them to scale operations to provide for the masses.

Anyone see the pattern? They both hoped to bring their ideas to all of humanity. The method for getting there was the only difference.

Before go on, let me state that I am a huge fan of both of these brilliant men. They both made a huge mark on the world, and both deserve to be commended for their efforts.

Some view  Edison as an evil, money hungry man who didn’t care about anyone. These people see Tesla as a hero, the Robin Hood of electricity.

Others see Edison as the winner, the one who had the best marketing and PR (despite losing the AC/DC war), and believe that to the victor belong the spoils. They see Tesla as a hippie who was into free live and electricity.

Both of these polarized views of the two men are sorely misguided.

While Tesla had arguably the greater intellect of the two, Edison had one major advantage. He understood how to impact the most people, via the free markets. To scale an operation, to the level that was required to impact the lives of many, it was going to take money, and a LOT of it.

Tesla never understood this concept. He was an idealist, and though his motives were in the right place, there was no way of getting enough funding to accomplish what he had hoped because the model was. It self sustaining. It is certain that his childhood, in Serbia, contributed to how ideals. He witness abject poverty, the likes most of us have never seen, so it makes sense that he would be so compelled by compassion that he could lose sight of how things really work. I get that.

That is why I have a hard time faulting the man. But, if you look at these two inventors, and the impact they had on the every day lives of mankind, the short term definitely belonged to Edison. Many of Tesla’s contributions would not reach their full potential until well after his death.

So, back to an earlier point, BOTH men were obsessed with spreading technology, and bettering life of all mankind. They went about it in radically different ways, and eventually they both got there, for the most part.
So why in the world should we look into this? Why do we care why one was successful in his life and not the other? Well, I assume that, since you are on this site, you have or are trying to start a business. This is a glaring lesson into how the market works. Using donated (or confiscated as it were, in the form of taxpayer dollars) and delivering a free service has it’s place, but does not work in most instances. The Military, highways and education are the only two that seam to work, and we can argue about how well each of those works all day.
Next time you hear, or read, someone who is lashing out at someone because they happened to make a lot of money, keep this in mind. It takes money to do ANYTHING. If you want to make a real impact on this world, you must have money. Even with charities, someone has to make the money that is donated to them. Plus, how many people do the wealthy employ, both directly and indirectly. A single person, say Marc Cuban for example, could be responsible for the incomes of thousands of households. Gee, what a rich, selfish, greedy person it takes to do that….
It was the same with our case study here today. Edison employed thousands of people over the years. Tesla, only a few. Edison poured out tons of money, much of his own, and was rewarded as a result in spite of many failures along the way. Tesla never had a secure financial situation. Each failure set him back, and caused him to seek further funding before being able to continue.
Personally, I’d rather be able to weather the storms of life than always looking for someone to help bail me out. How about you?