Is your primary objective on Social Media to Annoy your friends and followers?  When I first got started trying to earn a living online, like most, I had no idea what I was doing.

I started with trying to market affiliate  products without having a website, through sites like hubpages. That’s another story though. Today I’d like to share the early struggles I had with social media, what I learned from it, and how to avoid making them yourself.

I started with the if true, Facebook and Twitter, and I made all the typical mistakes new people tend to make, and then some.

This was in 2009, and Twitter was really just starting to get really big around that time. Everyone and their brother was flicking to it, including the Spammers. And, due to my ignorance of the medium, I was among that group.

I started doing what people said back then. Mass follow until you reach the limits Twitter sets, then wait a few days, delete ones who didn’t follow back and follow another batch. That managed to get a nice chunk of junk accounts. I still recall when I went over 1000 followers. I couldn’t believe it. But the more memorable day was when my Twitter account was suspended.

Panic set in. I had spent a couple months building up this account, and suddenly it was gone. Turns out, they had shut me down for repeated, automated posts. I had set up a tool that would schedule posts. The same 4 posts were being sent to Twitter every 4 hours. After a few days if that, they put a stop to it. Once I agreed a to stop that, and change my password so that app couldn’t post to my account, I was allowed back in.

I learned the obvious lessons here, not to send too many repeat posts and to be careful with automation. But, there was another lesson. While waiting for that account to be retired, I started another.

That second account opened my eyes. As of writing this, I currently manage 11 Twitter accounts, and I am very careful about automation to each of them. Some have none at all.

After reading another eBook, called tweet my niche, I learned a few things. Now, some of what that book outlines is outdated, most is still good.  I would not worry about the account name as much, but otherwise there are some good lessons in there.

Twitter is a great tool if used properly. Don’t make the same mistakes I did. Be mindful of your tweets. 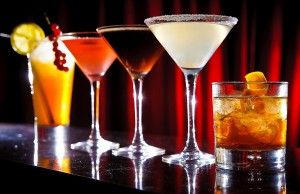 Now, on Facebook it was a different story for me starting out. I never hit the hand slap of not being able to message people or had my account frozen like many people have. I did irritate some people early on though. Fortunately, one was nice enough to offer some advice.

Initially, like most people do when they first start, I would add a bunch of people as friends, and as soon as they added me back, I would shoot them a message. It wasn’t to say hello and be friendly. No, I was throwing my sales pitch at them on first contact.

I have since spent the last several years trying to talk to people who do this to me. Some listen, others do not, but that’s not my issue. I did what I could to help, just as I was helped. A friend shared the cocktail party example with me, and it all made sense from there on.

He theory is simple. If you went to a cocktail party with other business owners, what would you do? Would you run up to each one, stick a business card in their face and lead with your offer? No, you would likely lead off with some small talk, find out what they do, and see if there is a fit there. Then, if it makes sense, make the business connection.

So many people lead off all wrong on social media. Other sites are worse, but it happens a lot on Facebook too. Try making a connection and seeing if there is a fit before jumping in and making the pitch. You will do much better.

If you do, or have done these things, fear not. You too can still learn the hard way, and eventually start your own social media blog. Or, learn from the mistakes of those who came before you and save yourself a ton of time and frustration. Bookmark this page now and Sign up for our newsletter to receive regular news and information that will be helpful with your social media campaigns.