Skip to content
Search
Home > Blog > Negativity Sells, but Why?

It’s sad but true, Negativity Sells in a big way. Turn on the news any given night and it’s mostly negative. Listen to conversations at the store and they are likely being negative.

A great example of how negativity sells FAR better than positive stories is the media attention around the most recent super bowl winning New England Patriots. The bulk of the stories are not focused on winning the game. They aren’t focused on the parades, or the design of their ring. No, the bulk of the media coverage is centered on the controversy leading up to the game. 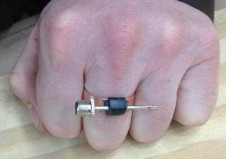 Apparently, the team, or someone on the team, intentionally partially deflated game balls to attempt to gain a competitive advantage. It wasn’t in the Super Bowl, but in an earlier game, but that doesn’t’ matter. The entire season is tarnished. Now, everyone who cares to even acknowledge it has to take a side. One side is constantly critical while the other feels the need to come to their rescue as if they are defending their sister’s honor.

I fall into a third category. I get a laugh out of some of the jokes, but I really don’t much care about what happened, or why. No amount of complaining, one way or the other, will change the outcome. 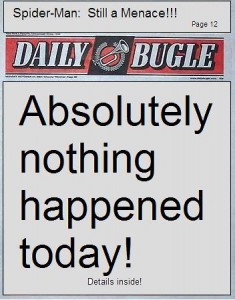 You know it’s a slow news day anytime there is a story with a positive spin. If the media can put a negative spin on it, you can bet they will.

Let’s take a controversial topic for instance. The recent rioting in Boston, and Ferguson MS before that. Both instances were over a young black male being killed by police. Without getting into the situation that caused the riots, or even the riots themselves, I want to look at the media coverage. Yes, groups gathered and did massive amounts of damage, but was that the whole story?

To watch the news you would have thought the entire cities were ablaze, when in reality, the violence was contained to relatively small portions of the city. Using creative camera angles, and finding the most vocal people to put on camera, help to “sell” the story. The truth is, the majority of the city was home watching it on the news with the rest of us.

As another example of how Negativity Sells, let’s look at news stories involving flooding. There was a new story right here in the Dallas area, only a week or so ago, about several high water rescues due to cars washing away by flood waters. Looking at the camera view, it would appear that the entire world was flooded, when in reality it was only a couple blocks. It’s like looking at the world through a soda straw and assuming that nothing beyond that narrow field of view exists just because we don’t see it. 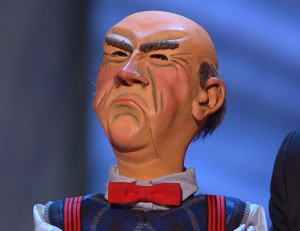 Sex and negativity actually both sell well, and for the same reason. I know it can be frustrating that negative news gets more attention, or negative posts on Social Media get far more likes and comments, but it’s for good reason.

The reason was exposed decades ago, but most don’t even realize it. It’s not sex that sells. It’s not negativity. It’s not even joy. The truth is, it’s emotion that sells.

In “Think and Grow Rich”, Dale Carnegie puts forth the theory that all decisions are made on emotion. Logic and reasoning are only used, later, to justify those decisions. Surely not every decision we make is based on emotion, but many obviously are. This goes for purchasing decisions as well.

Given that, I’d say sex does NOT sell, but rather the emotion that the viewer experiences. Something that is negative, and impacts you in an emotional way, often prompts you to react. Be it to comment on a social post or pull out a credit card to donate to a charity, it’s emotion driving that decision.

“Emotion Sells” just doesn’t’ have the same ring to it does it? Neither does Negativity Sells, but this is the real truth. 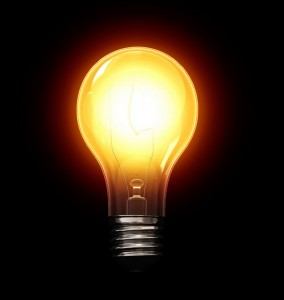 The motivation for this article came from a post on Facebook. It was an open question asking why negative posts get so much more activity. The post acknowledged the fact that Negativity Sells, and posed the question as to why, hence the title of this article.

Darren Little is one if the few people I still follow from my days in the network marketing space.  It was his question that prompted this piece.

What makes Darren stand out is his ability to brand himself. You could learn a great deal about personal branding by simply watching his timeline on Facebook. Only rarely does he make mention of his company or products, and spends a great deal of time interacting with people. Instead, Darren engages people, asks questions, and gets results. And of course, he teaches this to his students. Visit Darren’s site on Mind Mastery if you want to learn more about what Darren does.

I tell you all this to frame the question that prompted this post. I can’t seem to find the post now (thanks Facebook for making it so easy to find stuff), but effectively, it was an open question asking why people thought negative posts get much more attention than positive ones. The gist was that a post about a company failing will almost always out perform a success story from one of his business partners. And it’s sad, but true.

It was then that it dawned on me. It’s the emotion that gets people talking. Negativity sells, but it’s human nature.

4 thoughts on “Negativity Sells, but Why?”